As much as I love summer, I kind of hate dealing with what to have for dinner every night. Most days, it’s just too damn hot to get the oven going. I could probably live on salad during the summer months, but The BF wouldn’t appreciate it.

The good news is that we have a crock pot. I rely pretty heavily on ours, but especially during summer months when I’m not about to sweat it out over a hot stove. There are tons of websites dedicated to crock pot cooking and make ahead freezer meals (something I really want to try!), but if you’re like me that might be a bit too much planning. I like to fly by the seat of my pants. I like to go with the flow! I like to throw a bunch of stuff in there and cross my fingers!

So anyway, I know this will sound weird. Brats are for cookouts. They go with sauerkraut, not tomato sauce. I know, but just trust me. The brats cook in the sauce all day and they’re so tender that they are better than meatballs. You may never go back to squishing through ground meat to make balls when you find out how good this is.

So you can make this as simple as pouring the sauce into the crock pot, adding the brats, and letting it cook on high for about four hours before turning it to low until the brats are cooked through.

If you want to snazz it up a bit, toss the optional veggies in olive oil, salt, and pepper. Roast on a parchment lined baking sheet at 400° for 15-20 minutes or until you get some char. Toss them in a food processor after they’ve cooled a bit and pulse until a chunky mixture forms. Add that to the crock pot with your canned sauce and brats. Delicious! 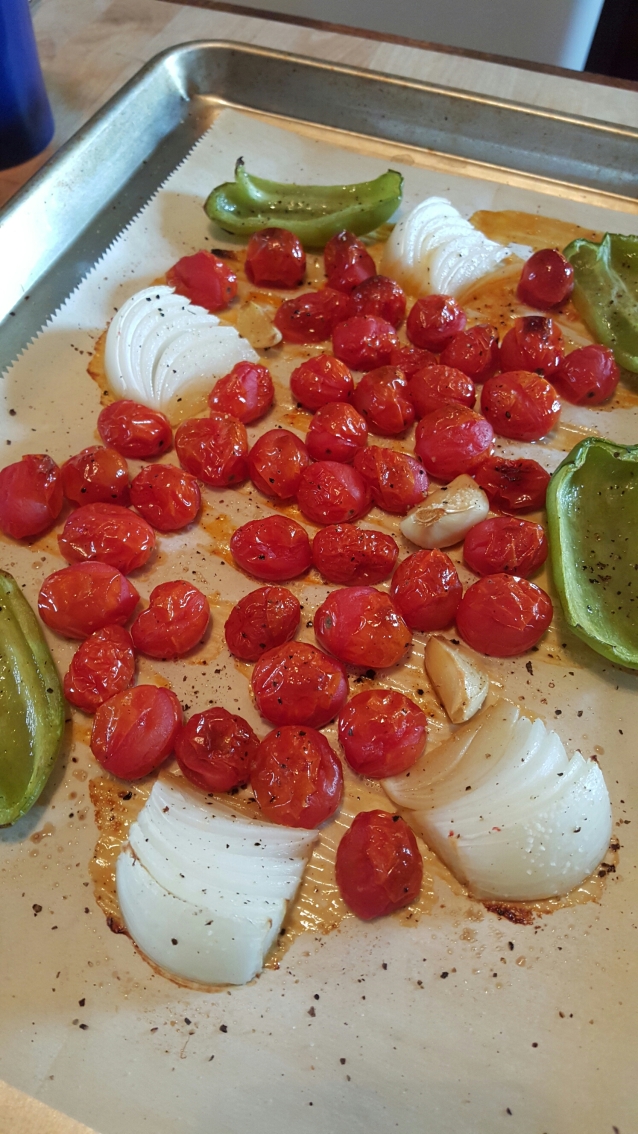 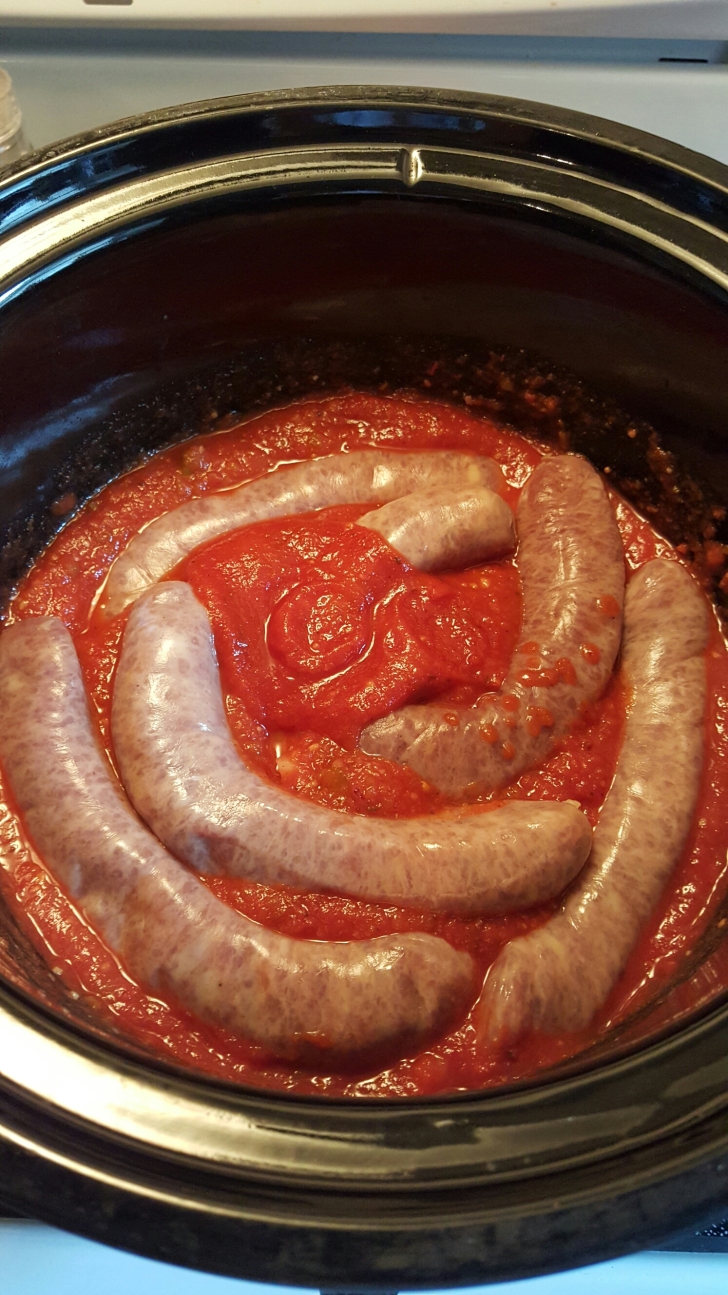 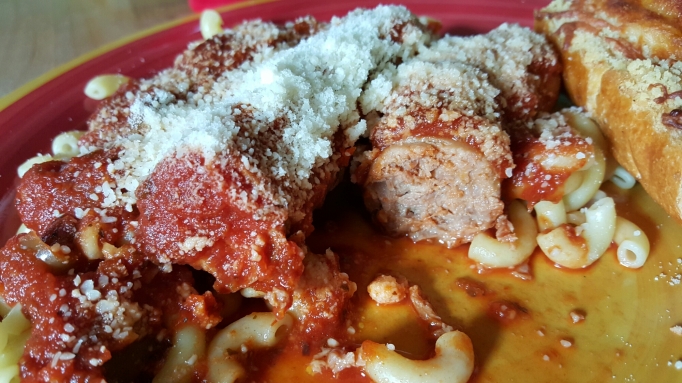 I used macaroni noodles because they’re easier for my boy to eat, but you can use whatever pasta you like… just boil it according to package directions and drown it in sauce and meat. And cheese, duh.

Serve with a salad and garlic bread. Make sandwiches or pizza with the leftovers. Go ahead and call me a genius. Just chew that bite up first, ok? It’s not polite to talk with your mouth full.