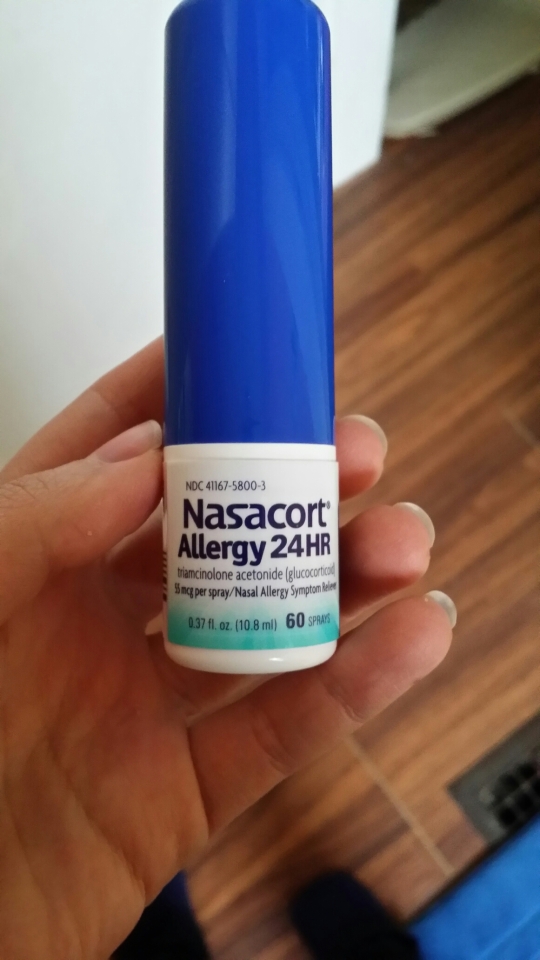 So it’s come to this.

That’s right, I’m so desperate to feel better that I’m now shoving stuff up my nose.

The BF’s mom stopped by this afternoon. I heard her knock, and feebly yelled for her to come in from my pile of misery on the living room floor. The boy had been having a ball all morning, climbing all over and occasionally jumping off of me… And I just couldn’t really be bothered with caring. She took one look at me and declared that I had a sinus infection (hooray). Then I had a coughing fit and missed everything she said after that. She was kind enough to offer to take me to the clinic, but I declined. After all, they wouldn’t euthanize me there so what would be the point?

Lucky for me, she’s been through some nasty sinus and allergy battles. She told me she’d be back with things that would help and pizza for dinner.

God bless that woman. Yesterday I ate a pudding cup. That’s it, one chocolate and vanilla snack pack that I swiped from O’s Easter basket. I did attempt to eat a few Nilla wafers but chewing hurt.
My mom came over around 4:30 to help me with the boy while I decorated my niece’s birthday cake. What would’ve taken 15 minutes took at least half an hour because I kept getting dizzy. Thank God for my mother, too…Because if she hadn’t shown up I might not have peeled myself off of the floor to get that cake done.

The BF’s mom got back just as I was finishing up. Once we got O settled with his pizza, I plopped down on the floor with a slice and a can of Ginger Ale. The chewing still sucked, but I was so hungry I didn’t care. I gnawed my way through two whole slices…I’m sure it was super attractive to watch, since I couldn’t breathe and was probably chewing like a freaking cow. Just to add to the glamour, I made sure to let a really big Ginger Ale belch go (my mom and O were the only ones that heard it).

Once dinner was over, I retreated to the bathroom to see about this nasal spray business. I followed the directions, and for a few blissful minutes I thought this was going to be pretty painless.

Then the drainage kicked in. GA- ROSS.

So yeah, that’s pretty nasty… but an hour after the first spritz I can breathe and my head doesn’t feel like it’s going to explode. I’d say that’s progress.

This has been your daily Phlegm watch 2014 update.