Well friends, we’ve made it through another year. 2013, like every year, had ups and downs…but I’d like to think it was mostly good times. It could very well be that I’ve just forgotten the bad stuff, because we all know I can be a little forgetful…but I’m ok with it.

My sweet boy wasn’t quite two months old last year on New Year’s Eve, so The BF and I spent a quiet evening at home. 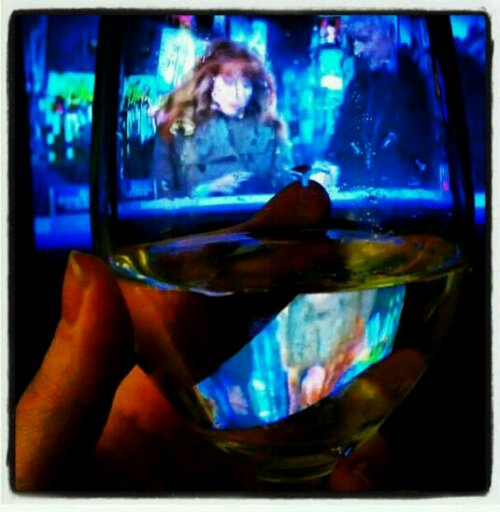 We’ll probably do the same thing tonight, because neither of us are all that interested in going out during the drunk driver derby that is New Year’s Eve. I’d rather stay home with my sweet boy, anyway.

2013 was the year that I finally (thank God) had my giant fibroid removed. Soon after, The Bloggess made ol’ Fred famous… And then he was featured on BlogHer. I still get a lot of messages about Fred and asking about how I’m doing… and that is why the internet is so awesome.

…Well did you really think we were going to get through a year-end roundup without Fred? Come on, now.

My boy experienced a lot of firsts this year… It was his first year of life, after all. I didn’t expect them to be so rapid-fire, but it seemed like once he hit his first milestone they just started happening one right after the other.

2013 was a big year for me as a writer. With the new readers that I gained from Fred’s twitter fame, and then the new readers from the BlogHer feature, this little blog experienced a lot of growth. I also started getting serious about working as a freelance writer. As with a lot if things, it has been a slow start… but I started the day today (at 7:00 am, thanks to O) with an email from a potential new client. I guess I must be doing something right!

…I just want you all to know that the urge to type ‘write’ instead of ‘right’ was so hard to resist it was almost painful. You’re welcome…

I hope, dear readers, that when you all look back on 2013 you do it with a smile. I also hope that, no matter what kind of year you had, 2014 is even better.

Unless you won the bazillion dollar lottery jackpot this year. In that case, stop being such a greedy asshole.

And in all seriousness, please PLEASE do not drink and drive tonight. If I could, I’d run my own drunky taxi just for my lovely readers, but that would involve warp speed or time travel or some such thing to get to all of you. Even I can’t make that happen.

So please be safe and have a super awesome New Year’s Eve celebration.