Football season is (finally!) upon us, ladies and gents! It’s a damn good thing, because sometimes during the off season I occasionally found myself bitching about how the Vikings missed going to the Superbowl because of two blown calls in the fourth quarter…in (I think) 2009. Withdrawals are ugly, y’all.

Of course, football season is primarily about, duh, watching football…But there are things that accompany football season that are awesome. Game day rituals (if you’re superstitious), permission to yell like a madwoman at the tv, football food, and talking mad shit are my favorites. Surprisingly, there is one thing I kind or hate about football season. Allow me to illustrate it with a story:

I was at a friend’s house playing Madden with one of the guys. A girl walked through the living room and noticed what we were doing. “I love football!”, she exclaimed, and plopped herself down on the couch behind us. After a few minutes, she said,”I don’t know who to root for…Ashlee, which team are you?” This was a perfectly reasonable question, so I explained that I was the Packers and went back to kicking the crap out of my friend.

Her: Is that the yellow and purple?

Her: OH! Hee hee… Isn’t that who Brett Fah-vray (yes, that’s how she pronounced the name of one of the greatest quarterbacks of all time) plays for? I like them! He is sooooooo hot!

Tangent: I wonder if she still thinks that after he became the Limp Penis Picture Texting Bandit…

Now, friends…this is bad. This is what will never fail to make me roll my eyes and maybe like, gag me with a spoon. The female “fan” (Note that the female “fan” is a totally different creature than the female fan…I don’t want any hate mail here).  These “fans” are everywhere now… posting shit on Facebook like “Watching the Colts game! LOL!” (WTF is so funny about football?!), proudly wearing their glittery pink and likely Bedazzled jerseys, getting their team color mani/pedis, putting their hair in pretty little pigtails with bows…All to accompany their husbands and boyfriends to Bdubs or a friend’s house to “watch the game”.

…Except by “watching the game” they really mean “text and play on Facebook and whine that it’s boring and generally annoy the living shit out of everyone that’s there to actually watch the game.”

Pretending to “just loooove football!” isn’t going to impress anyone. The minute a touchdown gets taken away because of a penalty and you’re the only one still cheering, or if you refer to a touchdown as a home run, or when you don’t get the difference between yellow and red flags… Honey, the jig is up.

It’s ok if you don’t get football… It’s totally fine if you have no desire to understand it… But some of us do, and you’re making us look bad. 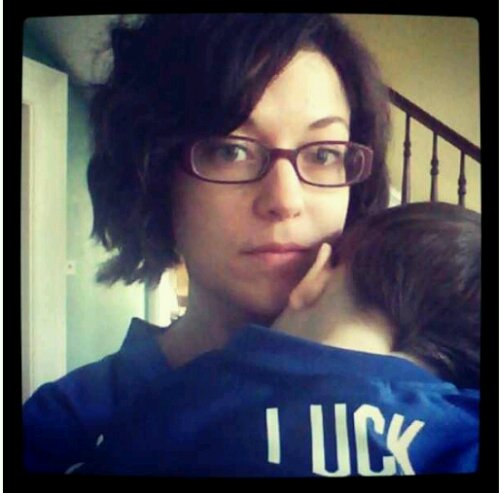